When it comes to understanding sleep disorders, it’s important to take a step by step approach. With a disorder like sleep apnea, it can be very essential to first learn what it is and how it manifests, before taking any steps towards trying to treat it – especially when you’d rather target alternative treatment methods.

Simply put, sleep apnea is a type of sleep disorder involving a sudden obstruction of airflow that causes the patient to be out of breath while they are asleep. While sometimes the shock can be strong enough to jolt the person awake, at other times, mild forms of sleep apnea can simply cause a brief episode of choking or snorting, after which the breathing resumes and sleep continues without further obstructions.

To diagnose sleep apnea, an overnight sleep study will often be required. The disorder is typically treated with lifestyle changes and various mouthpieces and breathing devices, depending on the severity of the case and the type of sleep apnea involved. The use of various machines like a CPAP machine, or even surgery, can also be required in some cases. Schedule an appointment with a sleep doctor near me for a knowledgeable diagnosis and recommended treatment. 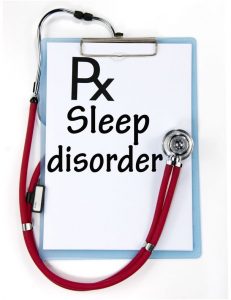 OSA is common in people growing up in families with a history of sleep disorder, as well as those with enlarged tonsils or those suffering from obesity. In turn, CSA usually involves the stopping of regular unconscious breathing, and sometimes can also be combined with OSA symptoms as well.

Due to the fact that their sleeping patterns are severely impaired, people suffering from sleep apnea will often experience decreased alertness and increased sleepiness during the day. There is also a greater chance that they could get into a car accident or a work related accident, and they’re also at a higher risk to contract various diseases such as diabetes.

The main symptoms you might expect in a person suffering from sleep apnea can include moodiness, increased sleepiness during the daytime, as well as belligerence and a decrease in overall energy. Combined with constant fatigue, many of these symptoms could also contribute to the development of depression later on.

Understanding the signs and symptoms of sleep apnea is extremely important, and sometimes getting an early diagnosis can even be crucial to the person’s health. If left untreated, sleep apnea can lead to an increase in risk to develop conditions such as heart failure and irregular heartbeat, and can also lead to a possible stroke or heart attack.

For an accurate diagnosis, and to make sure you get the proper treatment for your case of sleep apnea, make sure you get a check up and a recommendation from your doctor, to see a dependable and skilled sleep doctor.

You might have heard rumors about the amazing uses and benefits attributed to CBD oil. Some even claim that it can be an effective drug against forms of cancer that, in their advanced stages, could be extremely difficult to treat. While some rumors might be exaggerated, you’ll find that many of them actually don’t even do justice to the amazing healing and alleviating power of CBD oil.

What Is CBD, and Is It Actually Safe?

CBD, or Cannabidiol, as it is normally called, is a phytocannabinoid that has been discovered as one of the 113 cannabinoids that are present in the cannabis plant. Unlike all the others, however, CBD accounts for about 40% of the plant’s extract, which means its main properties can have a serious impact on anyone who consumes cannabis, either as a recreational drug or as a treatment for some kind of ailment.

CBD oil is a refined form of CBD that contains no traces of THC or other active compounds that could have any effect on your awareness. While marijuana has a bad reputation, CBD oil is entirely safe, with only minor side effects experienced occasionally (such as gastrointestinal upset). It is, however, regulated through specific and sometimes very strict laws that allow patients with certain conditions to use it legally in states where medical marijuana has been legalized.

The Main Uses and Benefits of CBD Oil

If you plan to use medical marijuana in the form of CBD oil, you have to be aware of the fact that it’s not necessarily a cure for all diseases, as some might present it. However, it’s also important to be informed on its many exceptionally beneficial uses as well.

One of the top benefits of CBD oil is that it helps you stay calm and fend off anxiety. Taking a medically prescribed dose of CBD oil over a certain period of time can help you stay calm and relaxed in stressful situations and even assist you in getting rid of your anxiety entirely over time. 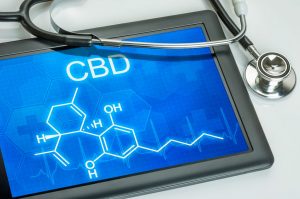 Depending on what you need it for, CBD products near me can be prescribed for a variety of ailments. A certain dosage of CBD oil can also help you with sleeping problems. It is said that it can help you to alleviate insomnia, help you sleep better, and make it possible for you to wake up refreshed and ready to tackle the day, if you were previously affected by fatigue upon waking up in the morning.

If hydrating gels or lotions don’t really help you out, you can also rely on CBD oil to fight against your dry skin. Even though this is one of the lesser known uses of the drug, it is quite practical, helping to prevent rashes and other skin related problems, especially in the summer.

Probably the most common and well-documented use of CBD oil is in fighting epilepsy and preventing it from becoming a debilitating illness especially in children. Recently, the FDA approved a new drug based on CBD that has been used for treating the symptoms of epilepsy quite effectively. The positive effects of cannabidiol in this case mainly has to do with refractory epilepsy and its effects on children and younger teens.

The summer is the most beautiful season for many of us, the months when we can spend more time outside, sunbathing on the beach and enjoying the great weather. While the time spent in fresh air is surely good for our health, the combination of wind, sun and water is definitely harsh on our skin, so when those beautiful days are over and fall comes, it is the best time to start restoring our skin’s beauty. Here are some tips on how you can refresh your skin, how you can pamper and nourish it to give it back its spectacular, healthy glow.

Go to a Salon and Get Pampered by Professionals

A complete facial treatment that involves deep cleansing, peeling the application of nourishing masks, creams as well as a soothing massage that relaxes the muscles of the face and the neck is a great start for restoring your skin’s beauty. To minimize the appearance of aging brown spots, it may even include a hyperpigmentation treatment. The peeling process is essential for stimulating the blood flow in the skin as well as for the removal of the dead skin cells from the surface of the skin. Peeled skin becomes more receptive to nutrients, that’s why the exfoliation phase is always followed by the application of creams and masks to nourish and hydrate the skin. These professional creams and masks contain fast-absorbing ingredients, such as hyaluronic acid, vitamin C, allantoin or aloe vera extract. 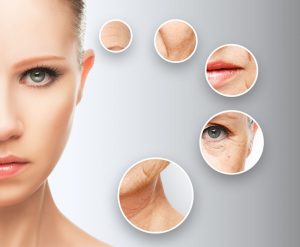 Continue the Process at Home

The facial treatment might introduce nourishment into the deeper layers of your skin and it might remove the dead cells from the surface of the skin that caused its dull appearance, but the process needs to continue at home as well. Start using a mild cleanser on your face, your neck and your cleavage area twice a day, in the morning and in the evening and continue with the application of an emollient day cream that also contains sunscreen. Choose a rich and nourishing nigh cream as well – the night is when your skin regenerates and the more help it gets with the process, the faster it will recover to its original beauty.

You can also start using your own exfoliator at home. Pick a gentle product with tiny scrubbing beads and fruit enzymes for efficient cleansing and more nourishment.

Your skin regimen should include more thorough cleansing at the end of each day when you wear make-up – going to bed with foundation, eyeshadow and lip gloss or lipstick or even with residues of décor cosmetics on your skin is among the worst mistakes that you can make, a mistake that can ruin the positive results of your skin restoration efforts for days.

Nourish Your Skin from the Inside

There are many lifestyle changes that you could implement to restore the beauty of your skin. Cleaning up your diet by removing oil-fried dishes, semi-prepared meals as well as excessive amounts of sugar, adding more fresh fruits and vegetables and replacing coffee and alcoholic beverages with filtered water, fruit juices and herbal tea will have almost instant beneficial effects on your skin, making it softer, restoring its elasticity and its beauty.

The question, “how often should I go to the dentist” has been on the minds of everyone in recent years. As life continues to accelerate and we adopt more and more chaotic habits, keeping track of everything can be difficult. So it’s not uncommon for some people to lose track of going to the dentist and end up with cavities, gingivitis, or worse.

Fortunately, dentists offer us a lot of guidance and helpful tips to assist us in determining precisely when and under what circumstances we should visit our family dentist’s office. With proper dental hygiene and a casual but firm approach to the matter, you won’t have to worry too much about your dental health in the near future. 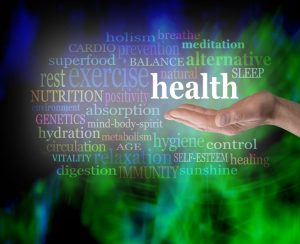 The Typical Frequency of Your Visits

How often should I go to the dentist when my teeth are normal, and they don’t have cavities? This was one of the first questions I asked my new Lakewood dentist a few years ago. Her answer was that typically I should go at least once every 6 months.

There seems to be a consensus on this point between dentistry experts, despite the fact that this concept is a relatively new one. You might be surprised to find out that less than 50 years ago, dentists couldn’t give you a definite answer to how many times per year you should schedule an appointment. Moreover, the focus on personal dental hygiene and the use of preventive measures to avoid dental problems was not as developed as it is today. As a result, it’s far more prevalent that a dentist would advise you about these issues and call you into the office more frequently to check on your progress today, than it was any other time in history.

For many people, seeing a dentist twice each year is the average. In some cases, however, you’ll find that frequency will have to increase, especially if you have cavities or you’ve adopted certain habits that present you with a greater risk of having dental health problems in the future.

If you have children, chances are that the family dentist or your new pediatric dentist has asked that they be brought in more frequently. Depending on whether they have a weaker dental structure, developmental issues or healthy teeth, the amount of time you have to wait between your children’s visits will vary.

Similarly, there are special cases in which your dentist might ask you to schedule more frequent appointments as well. These will typically include:

For anyone with one or more of these problems, chances are an experienced dental practitioner will recommend a lot more than just a standard appointment once every 6 months. Knowing the answer to the question, “how often should I go to the dentist every year” will depend on your specific, personal health concerns and the overall strength of your teeth.